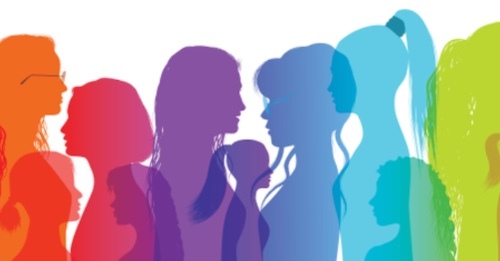 Women in the social sector should be celebrated for their achievements this year; from the WISE 100 women working in social enterprise and impact investing to those encouraging female entrepreneurship and playing vital roles in post-pandemic recovery. Gender lens investing is expected to continue its rapid growth, and from an economic perspective, it is becoming ever-more apparent that reducing gender gaps in labour force participation could substantially boost global GDP.

However, recruitment is still subject to bias and we want to highlight how important it is that employers recognise the cost of poor recruitment processes. Mikki Draggoo, Corporate Relations Director of the City & Guilds Group, while working on research with Business in the Community (BITC), said: “The gender gap exists even at the start of women’s careers.” This is of particular concern since the pressures of the pandemic have highlighted how disproportionately responsibilities at home fall on women, and many are even considering leaving the workforce altogether.

Over the past several years recruiting in the social sector, the feedback from clients about female candidates has always highlighted their passion for the cause. Women generally think carefully about what particular meaningful impact they want to make, are driven by their vision, and very well prepared for interviews and tasks.

It is, however, mostly the more junior roles that attract more women and at mid management level (i.e. Operations Manager, Media Manager, or Programme Manager) there is a definite swathe of women coming through. However, as you reach Director level and above, there are far fewer women, particularly at CEO, CFO, or Board level.

This trend could be attributed to a significant number of male candidates having earned major salaries in the city previously, having the flexibility to move to the social sector, and taking the salary hit. This is less often the case for women, many of whom had jumped off the career ladder to have children and had returned to the workplace later with a lower salary expectation.

Also, women are still the primary caregivers so will not necessarily want to take on a senior job where they would have to balance major responsibilities at work and home. What many don’t realise is that social sector jobs can be more flexible than mainstream jobs, particularly since the pandemic – travel was often a barrier for those who had young children.

What else is holding women back?

There are many more factors at play. LinkedIn’s studies revealed that women are 16% less likely to apply for a job that they’ve viewed than a man.

This is because women seem much keener to tick all the boxes on a job description and hesitate to apply if they are missing a detail, which I have noticed is often not the case for men. The majority of the senior roles draw on multiple skillsets and women are very detailed in their approach, often trying to find out exactly what is essential and desirable for a role before applying.  Plus, in many first interviews I have noticed women point out the skills they don’t have, rather than focusing on what they do.

After finishing a recruitment process, half of young women who had bad experiences say it “knocked their confidence – but just a third of young men say the same”. A fifth of young women said this put them off a company entirely. A further 11% said it put them off an entire industry, meaning that valuable talent is being lost regularly.

These statistics show why women tend to go for fewer senior roles. Is it a lack of belief in themselves and their capability to deliver in a senior role? Is it a case of male leaders feeling intimidated by strong female empathetic leadership styles? Are women emulating men instead of adopting their own style? Or is there a lack of women at the top helping other women?

Additionally, the recruitment sector has less gender equality at the top. In March 2020, an analysis from recruitment and talent management PR and communications specialist, BlueSky PR, found that 26% of recruitment firm directors are female, highlighting a ‘severe’ gender imbalance.

Head of Practice at BlueSky PR, Vickie Collinge, said: “These are the individuals that should be guiding businesses in regards to diversity and inclusion and helping them attract from more diverse groups.” This is why Careers4Change is proud to be women-led, encouraging equity and diversity in all our recruitment practices.

So, how can companies encourage gender diversity when recruiting?

Firstly, request a balanced candidate pool when the shortlist is delivered, make sure there are female interviewers on a panel so the decision making over candidates is not skewed, and allow candidates some flexibility on when the interviews will take place to account for other family or personal commitments.

And most importantly, have an inclusive job description:

Alongside a myriad of challenges, 2020 will be remembered as the year of strong female leadership. From innovative impact investors to engaging social enterprise leaders, the social sector has greatly benefited from having women at the helm. While we take today to reflect on and celebrate female-driven leadership, let’s be wary of the work we have to do going forward. Remember that many women in the past have been unfairly overshadowed by their male counterparts. This needs to be addressed – starting with recruitment.